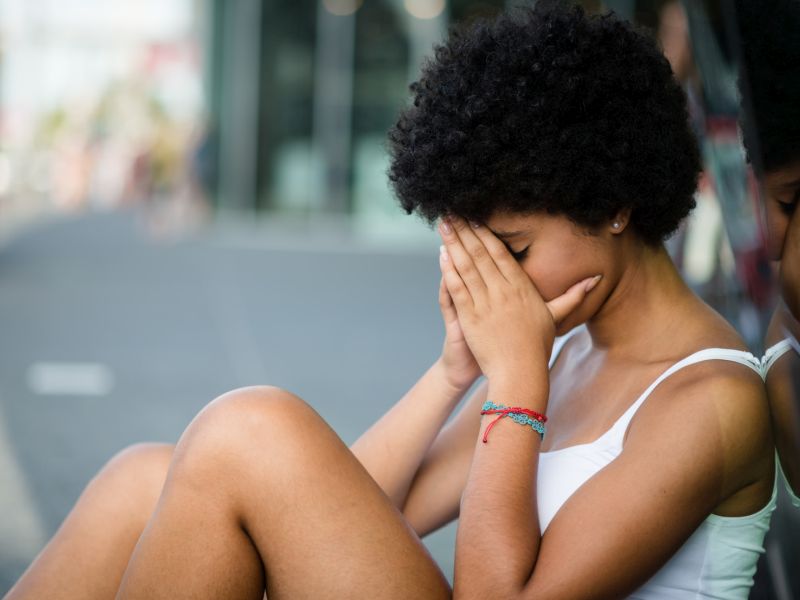 That's the conclusion of a recent survey of 50 teens who were inpatients at a suburban psychiatric hospital near New York City. Researchers reported that those who had been bullied had higher severity of PTSD and anger than those who were not bullied.

"Even against a backdrop of emotional challenges in the kids we studied, we noted cyberbullying had an adverse impact. It's real and should be assessed," said study co-author Philip Harvey, a professor of psychiatry and behavioral sciences at the University of Miami's Miller School of Medicine.

One-fifth of participants reported being bullied online in the two months before they entered the psychiatric hospital. Half were bullied by text messages and half on Facebook. Others were bullied through transmitted pictures or videos, Instagram, instant messages and chat rooms, the survey revealed.

Harvey noted that teens who had been abused were more likely to be bullied online. This finding suggests that childhood assessments for trauma and for cyberbullying should be integrated.

"Cyberbullying is possibly more pernicious than other forms of bullying because of its reach," Harvey said in a university news release. "The bullying can be viral and persistent. To really be bullying, it has to be personal -- a directly negative comment attempting to make the person feel bad."

The study also uncovered other facts about cyberbullying:

In addition to mental health professionals, parents and teens can also do their part to discourage cyberbullying, Harvey said.

"It's not hard to block someone on the internet, whether it's texting, Facebook, Twitter or sending pictures," he said. "Ask why are people choosing you to bully? If it's something you're posting, assess that and make a change."

The findings were recently published in the Journal of Clinical Psychiatry.

The U.S. Department of Health and Human Services has more on cyberbullying.