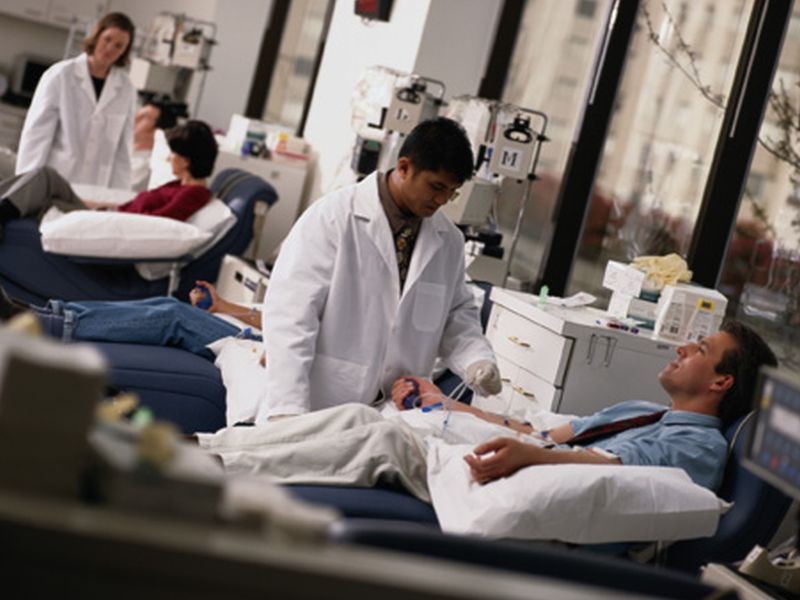 SUNDAY, Sept. 13, 2020 (HealthDay News) -- Tens of thousands of people with immune system deficiencies could benefit from plasma donations, but there is a drastic shortage of plasma, allergists say.

That means that many people who need plasma have to skip treatments or go without, which can be potentially fatal, they added.

"Plasma, which is one component of blood, is a bit of a miracle cure," said Dr. J. Allen Meadows, allergist and president of the American College of Allergy, Asthma and Immunology (ACAAI).

"Immune globulin (IG) infusions, made from plasma, give those with immune deficiencies the antibodies their immune system does not produce naturally. That helps protect them from infections," he said.

"Plasma donation is a gift of life," Meadows said. "When you donate plasma, you are giving a patient with Primary Immunodeficiency a chance to ward off infections and live a normal life."