Got Sciatica? Stay Active and Start Early on Physical Therapy 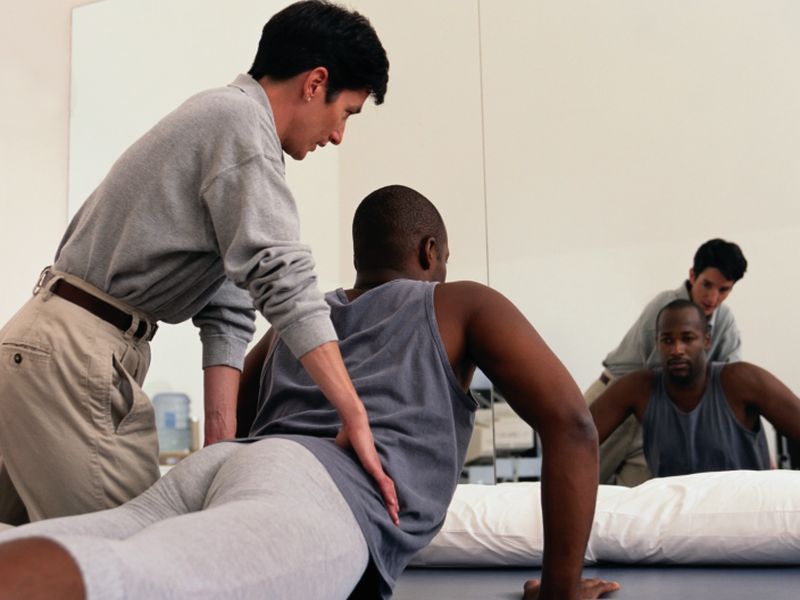 MONDAY, Oct. 5, 2020 (HealthDay News) -- For people with back pain caused by sciatica, it might be a good idea to start physical therapy sooner rather than later, a new clinical trial suggests.

Sciatica refers to pain that radiates along the sciatic nerve, which runs from the lower back, through the hip and down the back of the leg. It's often the result of a bulging spinal disc that compresses the nerve.

In general, people with sciatica should try to remain active and not take to bed, said study author Julie Fritz, a physical therapist and associate dean for research at the University of Utah's College of Health, in Salt Lake City.

But it's one thing to tell patients to stay active, and another to give them targeted exercises to deal with the condition, Fritz said.

So her team looked at whether starting physical therapy fairly soon after a sciatica diagnosis could speed people's recovery.

On average, the 220 study patients had suffered sciatica pain for about a month. Half were randomly assigned to four weeks of physical therapy (PT), while the rest took a wait-and-see approach.

Six months later, patients who'd received early PT were reporting less disability in their daily activities, compared to the comparison group, the researchers report in the Oct. 6 issue of the Annals of Internal Medicine.

That does not mean everyone with sciatica should start PT right off the bat, according to Fritz.

"There really is no magic-bullet, slam-dunk therapy for everyone," she said.

Some people with sciatica feel better within weeks, without any special intervention, while others have lingering pain. Even in this trial, 45% of patients in early PT said they were feeling "a great deal better" one year later. That was better than the comparison group, at just under 28% -- but it also meant a majority did not feel that degree of improvement.

Even when the source can be pegged to sciatica, there can be different "pain generators" for different people, said Portugal, who was not involved in the study.

And pain is not only physical, he pointed out, but involves psychological factors. People who become depressed or anxious, or tend to "catastrophize" pain, or become fearful of physical activity can be at risk of lasting pain.

"Some patients are afraid that physical activity will worsen the pain," Portugal said. "But the opposite is true. You want to remain active."

There are cases, he noted, where patients are in such severe pain that it makes sense to hold off on PT and use pain medication until exercise becomes more doable.

And while Portugal agreed there is no one-size-fits-all therapy for sciatica, he said the new findings do show the value of remaining physically active -- in "a controlled way."

While some sciatica patients fear activity, he noted, others adopt a "no pain, no gain" attitude. "That's not what we want, either," Portugal said.

For the trial, Fritz's team recruited 220 patients ages 18 to 60 who had sciatica pain for less than three months.

Half were randomly assigned to four weeks of PT, which included exercise, manual therapy and individualized home exercises. The other half stuck with "usual care," which included an education pamphlet on staying active.

Six months later, both groups were showing an improvement on a standard questionnaire that asked about difficulties with daily activities such as walking, sitting and lifting objects. But the improvement was greater in the PT group.

In the real world, even if people want PT, there can be obstacles, Fritz said. Not everyone has time to fit the sessions in, and insurance coverage varies.

Knowing when to start PT is tricky, too. "A fair number of patients will get better on their own pretty quickly," Fritz said. "So we're trying to balance. We don't want to over-treat, and we don't want to miss this window of opportunity where intervening can help recovery."

On average, Fritz noted, patients in the PT group had only about five sessions. "That suggests a potential benefit of early PT is that it requires less effort to gain a benefit," she said.

The U.S. National Library of Medicine has more on sciatica.