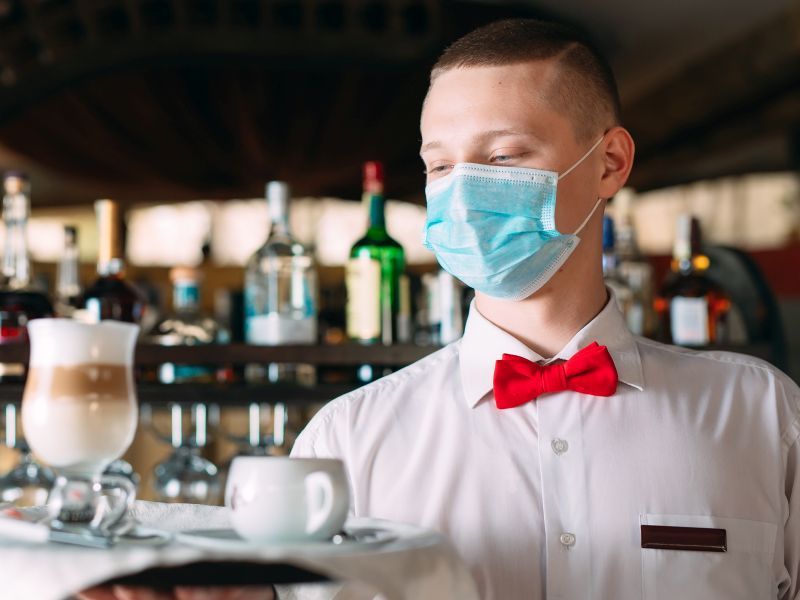 TUESDAY, March 16, 2021 (HealthDay News) -- The Biden Administration is deliberating on a nationwide face mask standard for workplaces, although it has already missed its own deadline for a decision.

On Jan. 21, Biden told the Labor Department's Occupational Safety and Health Administration (OSHA) to determine by March 15, if such a standard is needed, CBS News reported.

The last time an emergency standard was used was in 1983 to limit asbestos exposure in the workplace, according to the Congressional Research Service. The rule was eventually struck down in court.

Without a nationwide standard so far during the pandemic, several states have enacted their own standards, CBS News reported.

Dr. David Michaels, a former assistant secretary of labor for OSHA who served on Biden's presidential transition team, explained to CBS News the technical aspects of any emergency temporary standard must be balanced with the urgent need to protect workers from the spread of COVID-19.

"The Occupational Safety and Health Administration has been working diligently, as appropriate, to consider what standards may be necessary, and is taking the time to get this right," a Labor Department spokesperson told CBS News on Monday. This official did not offer any timeline for their decision.

"[The president's] objective is actually to protect workers and members of the workforce," White House Press Secretary Jen Psaki said Monday when asked about the OSHA deliberations, "We are waiting for them to make a conclusion."

Over 100 Million COVID Vaccine Doses Have Been Given

More than 100 million doses of coronavirus vaccines have now been delivered into the arms of American adults, new government data shows.

As of Tuesday, more than 38.3 million Americans are now fully vaccinated, according to the U.S. Centers for Disease Control and Prevention. Meanwhile, over 109 million have gotten at least one dose. More than one-third of Americans age 65 and older are fully vaccinated, the agency reported.

Since the country's vaccine rollout began on Dec. 14, there have been more doses administered in the United States than any other country in the world, according to figures collected by Johns Hopkins University. Still, several smaller nations have vaccinated a higher proportion of their populations, CBS News reported.

While some other countries have struggled to secure doses, feuding over prices and exports, the United States should have enough COVID-19 vaccine to immunize the nation's entire adult population by the summer, with enough left over for some 172 million more people, CBS News reported.

The Biden administration now predicts it will have enough doses available for every adult by May. Clinical trials in teens and children could clear the way for some shots for adolescents by the fall and younger children in early 2022, CBS News reported.

Even so, the vast majority of the U.S. population has yet to be fully vaccinated, as highly contagious variants take root across the country.

The nationwide pace of vaccinations has quickened to an average of over 2 million doses a day. State and federal officials say a coming surge in supply will alleviate the largest obstacle to expanding the campaign.

Pfizer and Moderna, whose vaccines require two doses, say they plan to supply a combined 600 million doses of their COVID-19 vaccines through July, enough to immunize 300 million people. The companies have so far delivered nearly a third of their orders to the U.S. government, with a total of 400 million doses from both promised by the end of May, CBS News reported.

Not only that, the Biden administration has brokered a deal that will have pharmaceutical giant Merck produce millions of doses of the single-shot Johnson & Johnson vaccine, which will rapidly boost supply. Last week, Biden announced the purchase of another 100 million doses of Johnson & Johnson's vaccine. And millions more doses from other drugmakers may soon be added to the looming surplus of shots, as companies await results of trials from their own vaccine candidates, CBS News reported.

"The more people who get vaccinated, the faster we're going to overcome this virus and get back to our loved ones, get our economy back on track, and start to move back to normal," Biden said after announcing news of Johnson & Johnson's deal with Merck.

The CDC said people who are two weeks past their final shot can safely visit indoors with unvaccinated members of a single household at low risk of severe disease without wearing masks or social distancing. That recommendation would free many vaccinated grandparents who live near their unvaccinated children and grandchildren to gather for the first time since the pandemic began a year ago.

The CDC also said fully vaccinated people can gather indoors with those who are also fully vaccinated, and they do not need to be quarantined or tested after exposure to COVID-19.

"We know that people want to get vaccinated so they can get back to doing the things they enjoy with the people they love," CDC Director Dr. Rochelle Walensky said in an agency news release. "There are some activities that fully vaccinated people can begin to resume now in their own homes. Everyone â even those who are vaccinated â should continue with all mitigation strategies when in public settings."

Some restrictions were still advised, even for the vaccinated. For example, if a vaccinated person lives in a group setting and is around someone with COVID-19, he or she should still stay away from others for 14 days and get tested, even without symptoms.

Peter Hotez, co-director of the Texas Children's Center for Vaccine Development, welcomed the new guidelines, but added they have been too long in coming.

"The sooner we move to telling people if you're fully vaccinated, you don't have to wear masks -- that will be an incentive for people to get vaccinated," Hotez told the Washington Post.

The level of caution people need to exercise should be determined by the characteristics of those who are unvaccinated in a social setting, the CDC said.

For instance, if a fully vaccinated person visits an unvaccinated friend who is 70, and therefore at risk of severe disease, the visit should take place outdoors, with masks and physical distancing, the guidance says.

In Brazil, the coronavirus case count was over 11.5 million by Tuesday, with over 279,000 deaths, a Johns Hopkins University tally showed. India had over 11.4 million cases and nearly 159,000 deaths as of Tuesday, the Hopkins tally showed.

Worldwide, the number of reported infections neared 120.3 million on Tuesday, with more than 2.6 million deaths recorded, according to the Hopkins tally.