AHA News: Asian and Pacific Islander Women May Be at Greatest Risk for Preeclampsia Complications 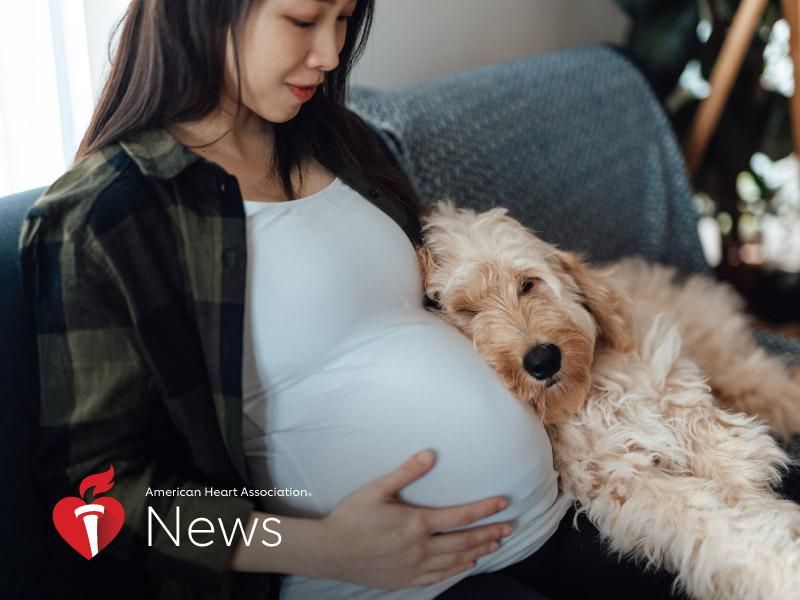 TUESDAY, June 8, 2021 (American Heart Association News) -- Black women are most likely to develop a severe form of high blood pressure during pregnancy called preeclampsia, a new study shows. But Asian and Pacific Islander women may have the highest risk for developing cardiovascular complications from the condition.

The study, published Tuesday in the American Heart Association journal Hypertension, focused on understanding the reasons for increasing rates of pregnancy-related complications and deaths in the U.S., and on differences related to race and ethnicity.

"Cardiovascular disease is the leading cause of maternal mortality, and one of the big drivers of this is pregnancy-induced hypertension," said Dr. Erin Michos, the study's senior author. She is the director of women's cardiovascular health and an associate professor of medicine at Johns Hopkins University School of Medicine in Baltimore.

Deaths related to pregnancy are disproportionately high among Black women: 41.7 deaths per 100,000 live births compared to 13.4 among white women.

In the new study, researchers analyzed hospital data from more than 11.3 million deliveries between 2016 and 2018. Preeclampsia occurred in about 1 in 20 cases.

But the data told a different story when researchers factored in who was most affected by cardiovascular complications such as heart failure, pulmonary edema and kidney failure. Comparing women with preeclampsia with women of the same race or ethnicity who did not have preeclampsia, the highest odds of complications were among Asian and Pacific Islander women.

"The main takeaway is that while Black women are the most at risk of developing preeclampsia and overall proportionately have a large number of complications, they're actually not necessarily the most at risk for developing cardiovascular complications," said the study's lead author Dr. Anum Minhas, a cardiovascular disease fellow at Johns Hopkins University School of Medicine.

"If anything, we could argue that Asian women are the most at risk. But frankly, all women are at great risk of cardiovascular complications with preeclampsia," she said.

The researchers noted the Asian and Pacific Islander category in the dataset they analyzed is very diverse, including women from South Asia, East Asia and other areas. As a result, any important differences weren't captured in the findings.

"I think that one of the big strengths of the study is that they specifically looked for effect modification by race" and used a large, nationally representative dataset, said Dr. Nisha Parikh, an associate professor of medicine in the cardiology division at the University of California San Francisco. She was not involved in the study.

"We know that cardiovascular causes are the leading causes of death among women in the United States. We also know that maternal mortality rates in the United States, rather than going down, over the past several years are actually going up," said Parikh, who recently led the writing of an AHA scientific statement about pregnancy complications and cardiovascular risk. "So, the type of data that these authors have studied are critically important."

The risk of cardiovascular complications can extend well beyond pregnancy, Michos said. For example, a 2020 study in Hypertension found preeclampsia may double a woman's chances of heart failure later in life.

"That's why it's so important to pay attention to the 'fourth' trimester," she said, because attention tends to focus on the baby after delivery. But the effects of pregnancy and childbirth can persist for weeks or months. What could help, Michos said, is to check a new mom's blood pressure at pediatrician visits after delivery.

Researchers aren't sure why Asian and Pacific Islander women had higher odds for preeclampsia complications.

But Michos said the overall findings reaffirm the need for intensive efforts to address inequity in health. "We need sustained societal and national initiatives to really address these health disparities and achieve health equity for women â before and during and after pregnancy."