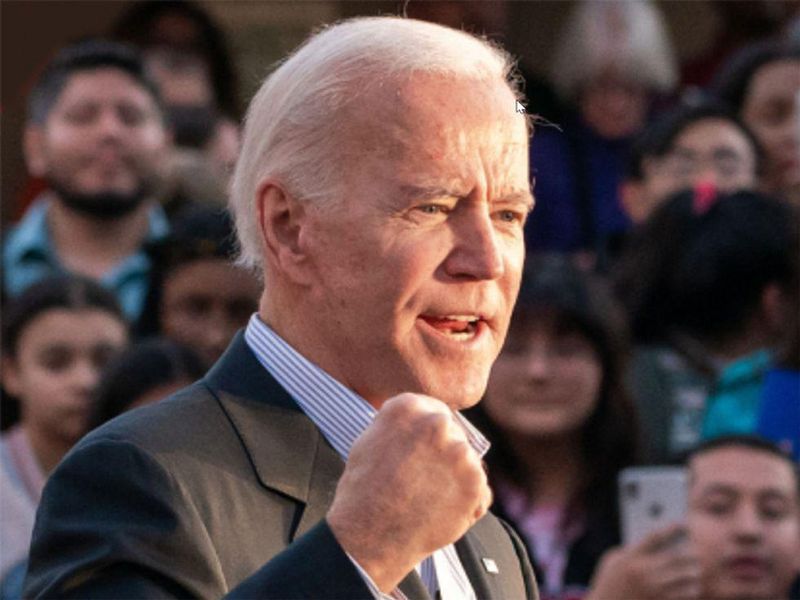 THURSDAY, Sept. 9, 2021 (HealthDay News) -- In an assertive offensive against a resurgent COVID-19 pandemic, President Joe Biden on Thursday announced sweeping new efforts at pressuring tens of millions of U.S. government workers to get vaccinated against the illness or face disciplinary action.

"Many of us are frustrated with the nearly 80 million Americans who are still not vaccinated, even though the vaccine is safe, effective and free," Biden said in a White House briefing.

He said that "in total the vaccine requirements in my plan will affect about 100 million Americans, two-thirds of all workers." According to the president, "the bottom line [is] we're going to protect vaccinated workers from unvaccinated coworkers.

"This is not about freedom or personal choice. It's about protecting yourself and those around you," Biden said.

Using the power of presidential executive orders and other federal prerogatives, the Biden administration will compel an estimated 4 million federal government workers to roll up their sleeves for COVID shots if they haven't already done so.

"If you want to work with the federal government, get vaccinated," Biden said.

The White House also plans to put tough financial pressures on federal contractors to get their workers immunized, as well as the more than 17 million Americans who work in hospitals and other institutions receiving Medicare and Medicaid funding.

"If you're seeking care at a health facility, you should be able to know that the people treating you are vaccinated. Simple. Straightforward. Period," Biden said.

Even the private sector could feel the strain of federal action. Biden is asking the U.S. Department of Labor to draft rules that would compel businesses with 100 or more employees to either have their workers get vaccinated or undergo weekly testing. According to Biden, that rule could affect about 80 million workers nationwide.

A way back to normalcy

According to information obtained by the New York Times, a 75-day grace period to get vaccinated will go into effect for people working for the federal government. With the exception of religious and disability exemptions, most of these workers would need to show proof of COVID-19 vaccination by the end of the 75 days or face disciplinary action through usual human resources department procedures at their place of work.

Unions representing workers are already expressing pushback. Speaking with the New York Times, Cathie McQuiston, a deputy general counsel for the American Federation of Government Employees, a union representing some 700,000 federal workers, said the union would be making sure that agencies "not skip over procedures and make sure employees have due process" if unvaccinated workers were disciplined.

Lawsuits against the new federal moves are expected. But according to the Times, sources say Biden views getting as many Americans vaccinated as possible as the only route back to something approaching normal life.

He has been emboldened by the recent surge in new COVID-19 cases nationwide, and by the full approval of the Pfizer two-dose COVID vaccine last month by the U.S. Food and Drug Administration.

"Many said they were waiting for approval from the Food and Drug Administration, the FDA," Biden said. "Well, last month the FDA granted that approval. So the time for waiting is over."

FDA approval has already set worker vaccine mandates into motion at a number of the nation's leading private corporations, including Walmart, Google and the Walt Disney Company. During the press briefing Biden pointed to a number of other companies issuing mandates -- United Airlines, Tyson Foods and even Fox News.

Because vaccinations are controlled by individual states, the White House does not have the power to simply compel all Americans to line up for their COVID shots. But the measures the president outlined on Thursday remain powerful incentives for millions.

Responding to a resurgent virus

Biden even took aim at governors in states who are thwarting attempts at school mask mandates and other measures.

"Let me be blunt -- my plan also takes on elected officials in states that are undermining you in these lifesaving actions," the president said. "Right now local school officials are trying to keep children safe in a pandemic while their governor picks a fight with them and even threatens their salaries or their jobs. Talk about bullying in schools. If these governors won't help, I'll use my power as president to get them out of the way."

The new push by the White House comes as the total known U.S. cases of COVID-19 topped 40 million, according to a database maintained by the Times. That's nearly one-fifth of the global total of cases.

With the Delta variant of the SARS-CoV-2 virus cutting a swath through the United States, and about 47% of the eligible population still not fully vaccinated, COVID-19 has roared back over a summer that began with Americans hopeful that the worst was behind them.

The vast majority of people hospitalized and dying are unvaccinated, greatly taxing an already overburdened health care system. According to the Times, no state has yet gotten more than 70% of its population fully vaccinated.

"The vast majority of Americans have done the right thing -- nearly three-quarters of the eligible have gotten at least one shot, but one-quarter has not gotten any," Biden noted. "That 25% can cause a lot of damage, and they are. The unvaccinated overcrowd our hospitals; they're overrunning emergency rooms and intensive care units, leaving no room for someone with a heart attack or pancreatitis or cancer."

A strengthened push to pressure government agencies, schools and businesses nationwide to implement vaccination mandates for vaccine-hesitant Americans will be a key component of the new plan.

There has been significant improvement in COVID-19 vaccine uptake in recent weeks: About 14 million people got their first shots in August, 4 million more than did so in July. Still, 27% of Americans eligible for vaccination -- everyone age 12 and older -- have still not received any shots, according to data from the U.S. Centers for Disease Control and Prevention. In some states, the number of unvaccinated remains very high -- 42% in Texas and 38% in Florida, the Times said.

"It is important for the federal government to play a leadership role by having its own employees and contractors vaccinated," said Dr. Amesh Adalja, senior scholar at the Johns Hopkins Center for Health Security in Baltimore.

Find out more about COVID-19 vaccines at the U.S. Centers for Disease Control and Prevention.